The entire project that started in 2019 is going to be fully revamped and remastered and will be updated in the “Remastered” folder within this pack. Anyone that purchases this art pack will also have ongoing access to the original version of this comic series as well as the new remaster. The price will remain the same upon full remaster release and you get access to everything!

The “original” series contains 20 pages featuring 42 full 4K+ resolution paintings in addition to 43 full resolution sketches/works in progress for those of you that want to see more of the progression of this series.

This pack will also contain a full written story created by Noiratblack to compliment each page whose crocodile character features in this series. That part will be released when it is complete and you will get access to that as well in the future.

Once payment has been confirmed, a link will be sent within 24 hours to the address you registered with.

Thank you so much for supporting me by purchasing this pack, your support helps me create more content like this!

Only logged in customers who have purchased this product may leave a review. 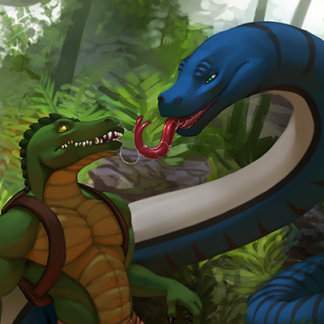